Know the Warning Signs of Embezzlement

Written by Cougar Mountain on December 9, 2016. Posted in Fraud, Security 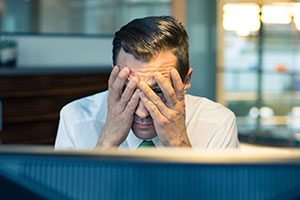 Embezzlement is a Pattern of Behavior, and It Doesn’t Happen Overnight

If you think embezzlement is only something that happens at large corporations — where one bad egg out of hundreds of employees can escape with cash unnoticed — think again. Occupational fraud, or the misuse of an organization’s resources by someone within the organization, is a threat to companies and nonprofits both big and small.

But fraud isn’t something that happens overnight. On average, fraudsters can get away with their crimes up to 18 months before they’re detected, according to the Association of Certified Fraud Examiners’ (ACFE) 2014 fraud report. That same report showed that employees in certain positions are more likely to commit fraud than others. Executives committed fraud in 19 percent of cases studied, followed by managers (36 percent) and employees (42 percent).

Fraud and embezzlement is something no organization wants to be a victim of, but it doesn’t give employers cause to distrust or micromanage employees. It’s important to note that embezzlement is the product of a pattern of behaviors. In the ACFE’s report, 92 percent of fraudsters in cases studied exhibited behavioral warning signs before being detected. So before you launch a full-scale witch hunt for potential fraudsters, watch for the subtle behavioral warning signs of embezzlement in your organization.

The Behavioral Warning Signs of Embezzlement

In any case, these behavioral signs aren’t mutually exclusive with fraud and embezzlement. And sometimes, the best way to get to the bottom of odd behavior is to simply and respectfully ask employees if something has changed in their life or work that’s affected their behavior. According to the ACFE, other alternatives, like background checks, aren’t always the best ways to detect fraud.

“While background checks can be useful in screening out some bad applicants, they might not do a good job of predicting fraudulent behavior,” states the ACFE’s report. “Most fraudsters work for their employers for years before they begin to steal, so ongoing employee monitoring and an understanding of the risk factors and warning signs of fraud are much more likely to identify fraud than pre-employment screening.”

If you suspect someone in your organization might be committing fraud, consult your accounting software. Up-to-date software that manages audit trails and transactions will better exhibit more concrete evidence of foul play.

Don’t have software that’s built to protect your organization? Contact Cougar Mountain Software today. Our Denali software can help you detect fraud before it wreaks havoc on your operations. 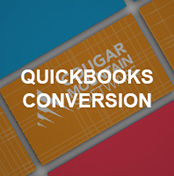